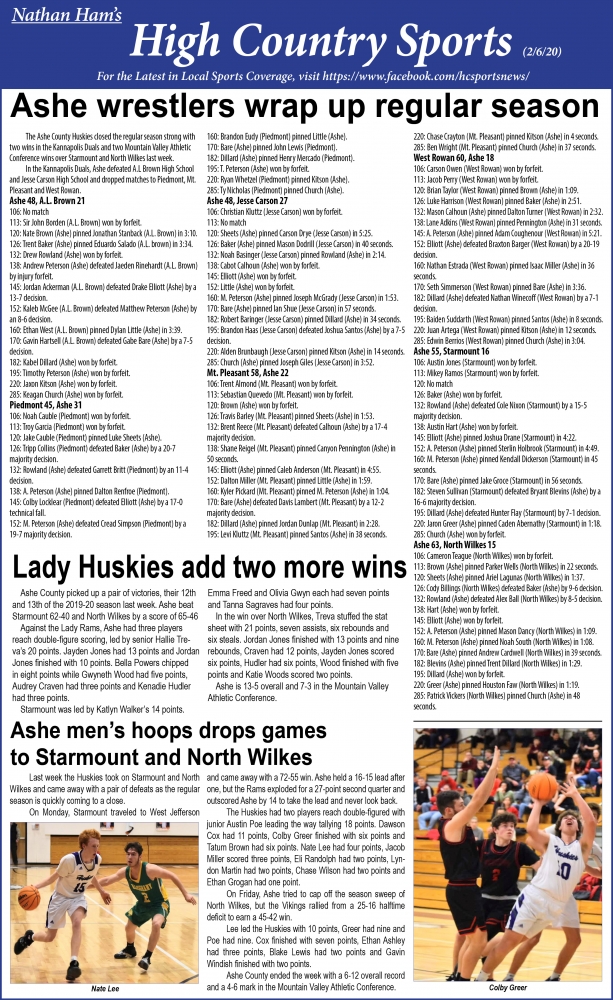 Starmount was led by Katlyn Walker’s 14 points. Emma Freed and Olivia Gwyn each had seven points and Tanna Sagraves had four points.

Ashe is 13-5 overall and 7-3 in the Mountain Valley Athletic Conference.

Last week the Huskies took on Starmount and North Wilkes and came away with a pair of defeats as the regular season is quickly coming to a close.

On Monday, Starmount traveled to West Jefferson and came away with a 72-55 win. Ashe held a 16-15 lead after one, but the Rams exploded for a 27-point second quarter and outscored Ashe by 14 to take the lead and never look back.

On Friday, Ashe tried to cap off the season sweep of North Wilkes, but the Vikings rallied from a 25-16 halftime deficit to earn a 45-42 win.

Ashe County ended the week with a 6-12 overall record and a 4-6 mark in the Mountain Valley Athletic Conference.

All Titles
Most Recent